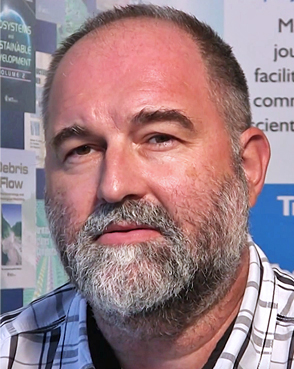 Dragan Poljak was born on 10 October 1965. He received his BSc in 1990, his MSc in 1994 and PhD in electrical engineering in 1996 from the University of Split, Croatia. He is the Full Professor at Department of Electronics, Faculty of electrical engineering, mechanical engineering and naval architecture at the University of Split, and he is also Adjunct Professor at Wessex Institute of Technology. His research interests include frequency and time domain computational methods in electromagnetics, particularly in the numerical modelling of wire antenna structures, and numerical modelling applied to environmental aspects of electromagnetic fields. To date Professor Poljak has published nearly 200 journal and conference papers in the area of computational electromagnetics, seven authored books and one edited book, by WIT Press, Southampton-Boston, and one book by Wiley, New Jersey. Professor Poljak is a member of IEEE, a member of the Editorial Board of the journal Engineering Analysis with Boundary Elements, and co-chairman of many WIT International Conferences. He is also editor of the WIT Press Series Advances in Electrical Engineering and Electromagnetics. He was awarded by several prizes for his carrier achievements, such as National Prize for Science (2004), Croation section of IEEE annual Award (2016).

He is currently involved in 3 COST projects, ITER physics EUROfusion collaboration and one national center for excellence in research for technical sciences.

He is a co-chair of Working Group 2 of IEEE/International Committee on Electromagnetic Safety (ICES) Technical Committee 95 SC6 EMF Dosimetry Modeling.

All session by Dragan Poljak